Hey, it's been a while since you've heard from us.

Although, let's have a history lesson about how Ryujinx started:

Ryujinx was started by gdkchan around November 2017 and the first version was released on GitHub February 5th 2018. The emulator was able to run a few homebrew apps and just one commercial game; Puyo Puyo Tetris at a screaming fast 15fps. I know, doesn't everyone want to play at 15fps!?

The main difference from other emulators is that Ryujinx is written in C#; instead of other languages, like C++, which is what most emulators are usually written in. It translates the ARM64 machine code of the title, into the .NET intermediate language (MSIL); which in turn is transformed by the .NET JIT (RyuJIT) into x86 machine code.

Also, this is how the project name was choosen; It's a mix of Ryūjin, RyuJIT (RyuJIT was named after Ryujin (the dragon god), a reference to a compiler design book usually called "the dragon book", because it has a dragon on the cover.) and the Nintendo Switch codename, NX. 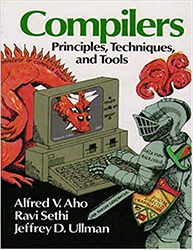 Dr.Hacknik contacted gdkchan and helped create a Discord server and basic website the first day Ryujinx was publically available; which helped to grow the community and developers surrounding the project. Ac_K joined the project a few days after and implemented some basic audio, logging, configurations and HID support. While gdkchan was focused on implementing CPU instructions with the help of MerryMage.

Also, more homebrew apps started working, along with the Homebrew menu and some games started to boot to menus:

Thog joined the team, and helped with the HLE part, fixing bugs and implementing new functionality.
Rodrigo helped us temporarily on some GPU instructions, and improved some rendering with the emulator.
»jD« joined the team and improved Logging and Audio, among other things.
Moosehunter joined the team and included his own .NET Switch filesystem library named LibHac into Ryujinx, it now handles most of the filesystem service functionality, in addition to ROM loading on the emulator.

To this day, a considerable amount of games booting on Ryujinx, some of them are playable, while others are still running very slow or have major bugs. You can find the list in the Game List Repository.
We still have a lot of work to do, including fixes and optimizations. The project is almost 2 years old, and it was written from the ground up, and we believe it's one of the most ambitious emulation projects written in C# to date. We do all this on our free time out of passion.

Stay posted for some more amazing updates in the future. You surely won't be unsatisfied, there's plenty more to come!

If our work inspires you or if you want to support us; feel free to donate to our Patreon.

Happy New Year! We hope you all had a festive end to a truly incredible year. So much ground has been covered each and every month of 2022, and December wasn’t about to break that trend. Performance improvements, fewer black-screening games and some upstreaming work for macOS littered the

Wow. What a month. November is not typically this eventful, but sometimes a little spice is exactly what the Doctor ordered. LDN being introduced to the number 3, macOS meeting a graphically demanding program, and Ryujinx facing its final adversary… the cardinal direction, North! All-in-all we’ve had a busy

Let's cut to the chase: macOS and Apple Silicon support (including older Intel Macs, although your mileage may vary)!  Even with all the hurdles, roadblocks and brick walls put in our way, we're finally back on Mac! And back in style! With the launch of a new entry in the